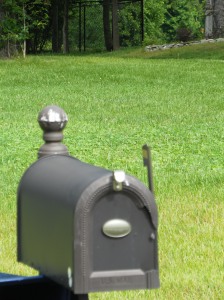 This is a response to a Write Tribe cue – a short story under 700 words containing:
– postcard
◾ coin
◾ tidy
◾ wild
◾ help
◾ calendar
◾ responsibility
Just for fun, I thought I’d try it.

“Jose?” Maria poked her brother stiffly. “Don’t just stand there staring at the postcard! Let me see!” The small girl wriggled herself between her brother’s arms and placed her nose within inches of the suspect mail. “Turn it over,” she demanded, stomping one tiny foot.

The young man pulled the paper away and frowned. Maria needed no new, wild ideas. The girl was already in enough trouble. “It’s just a note from Dad…”

“Just? How can you say just? Where is he? Give it!” Maria smacked him in the shins and when he bent to protect himself, she snatched the card from his fingers. Drawn in a tidy hand on the reverse side was a calendar with a circle around the fifth and below that a single word—“Help!”

“Look Maria, I know you think it’s some sort of cry for a rescue…but you’re my responsibility now, not his. And you don’t need to be traipsing half way around the country because of a stupid message.” Jose squared his shoulders and held his ground. He had objected to becoming Maria’s guardian at first, being only nineteen himself, but life followed its destined course. In the last three years he had watched Maria blossom from a troubled little girl into a young woman, and he had worked harder than ever before in his life.

“Jose…don’t you see? I need to do this.” The plea in her eyes almost made his heart burst.

“I know,” she interjected placing a hand on his lips to hush him. “A girl who must first find the coin to pay for the damage to Mr. Cecil’s car.” The air seemed to flood out of her all at once and Maria looked at the ground.

“Yes.” Jose had made a promise. No charges had been pressed against his sister and she would pay for the joy ride by working. He took a deep breath and studied her tear filled eyes. He put a hand on Maria’s shoulder. “And when it’s done, I’ll take you to the sanitarium to see our father myself.”

Maria met his gaze and tilted her head in a proud stance. “He might be in trouble. Can we go on the fifth?”

Do you think they go to see their father on the fifth?  Is he in trouble? Is he crazy?